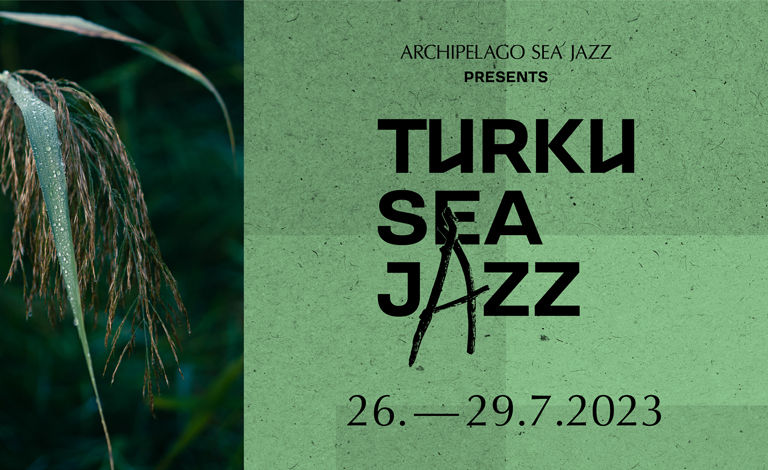 The first artists of July's Turku Sea Jazz come from the top of domestic jazz! A limited number of affordable two-day early bird tickets for the festival's main event at Forum Marinum Maritime Center’s area on July 28–29 are now on sale.

Titled Finland's number one jazz singer, Aili Ikonen has released four solo albums, the most recent of which, Helposti palavaa, to be released in February 2023, deals with figuring out one's place in this time, in different roles: as a person, a woman, part of society, part of a larger continuum, part of a chain of generations. Ikonen brings her trusted quintet with her, with whom she has been cooperating for 10 years.

Timo Lassy can with good reason be called the brightest jazz artist in our country. The saxophonist-composer-band leader has achieved the undivided popularity of both live audiences and record buyers as well as critics. At Turku Sea Jazz, you can hear Lassy's latest group, which released its internationally acclaimed debut album 2021. Timo Lassy’s, Ville Herrala’s and Jaska Lukkarinen's concert promises irresistible groove, feeling and style!

Both Aili Ikonen and Timo Lassy Trio will perform on the festival Friday, July 28.

Turku Sea Jazz will take place on July 26–29, 2023 at Forum Marinum, Seili Island and Cathedral Park Terrace. The festival's other artists and detailed schedules will be announced during the spring.

Save the Baltic Sea!

The mission of the John Nurminen Foundation is to save the Baltic Sea and its heritage to future generations. The foundation executes concrete measures to stop eutrophication and biodiversity loss. Join the important work by adding a donation on top of the ticket price.

Tickets will be exchanged to wristbands at the door.