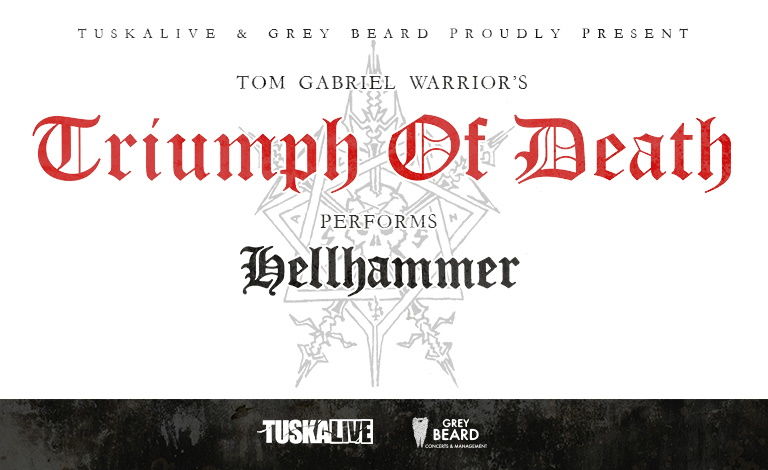 Triumph Of Death show at Tavastia in Helsinki, has now been rescheduled to 13.4.2022. Tickets that were bought for the April 2020 show or for April show, are good as such for the new 2022 date. If you you can’t attend the new date, tickets can be returned to their place of purchase by 10.5.2021, www.tiketti.fi/returntickets .

Hellhammer existed for a mere two years, from May 1982 to May 1984. During this time, the band wrote material for three demos, one 12" EP, and the legendary Death Metal compilation album, along with a number of unrecorded songs.

The resurrection of the music of Hellhammer has been an idea of founder Tom Gabriel Warrior and Martin Eric Ain have discussed for many years, sparked not least by their renewed collaboration in the reformed Celtic Frost in the 2000s and by the years of work on Warrior's second book Only Death Is Real (2009), which details the history of Hellhammer and early Celtic Frost.

You can find updated showtimes from Tavastias page when the event date is near.