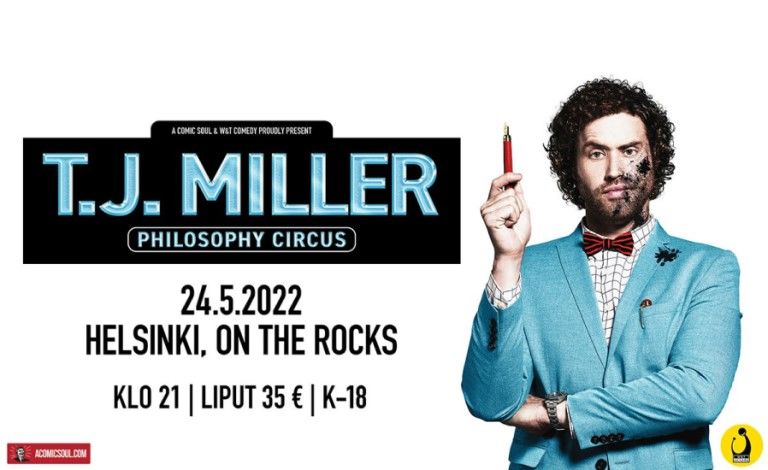 This event has been rescheduled

TJ Miller at On The Rocks

Garderobe fee of 3 € will be charged at the entrance.

Foreign artists, Entertainment, Stand up
If Covid-19 related Event or Restaurant restrictions are in place during the event, a Covid-19 certificate may be requested at the event. Please visit our T&C's for more information: https://www.tiketti.fi/en/info/deliveryterms
On the Rocks
Mikonkatu 15, 00100, Helsinki
X