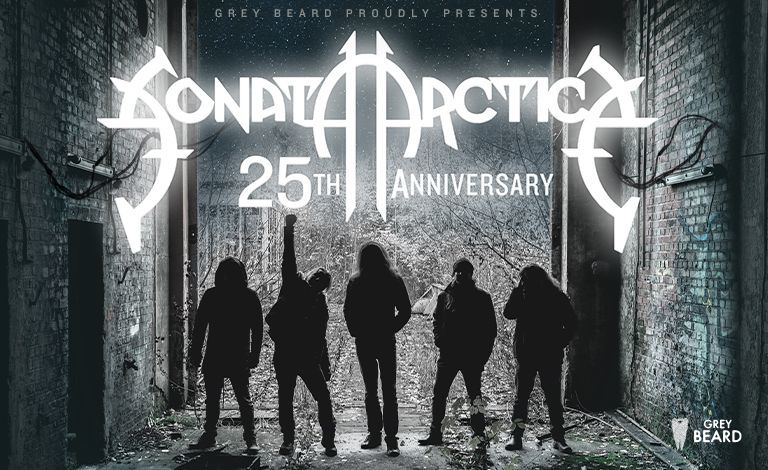 Due to the ongoing COVID-19 pandemic Sonata Arctica's 25th anniversary tour is moved to autumn 2021. The tour will take place in the same cities as in the spring 2021, except for Turku. Tickets already bought for the previous dates are valid as they are for the new show dates.

An extensive Finnish tour in early 2021, tickets on sale now!

Sonata Arctica, one of the most successful Finnish metal bands of all time, turns 25 years next year. The occasion will be celebrated with a 12-date Finnish tour in February and March. The tour starts in Lutakko, Jyväskylä on February 18th and ends at the Kulttuurikeskus in Espoo on March 26th. "It feels really amazing to be in a band that's been around for a quarter of a century. After all kinds of adventures, we're still here and loving every minute of it. 2021 will be spent celebrating this milestone with a 25th anniversary tour. We'll be performing songs spanning our entire career during these very special shows", the band says. Sonata Arctica shot into the big league right out of the gate with their debut album Ecliptica, and hasn't slowed down since. After ten studio albums, countless tours and gigantic festival shows, their focus is still in melodic metal, and the group is planning to keep it that way. Sonata Arctica's latest album Talviyö was released in 2019. Tickets for all the shows of the Finnish tour are now on sale!