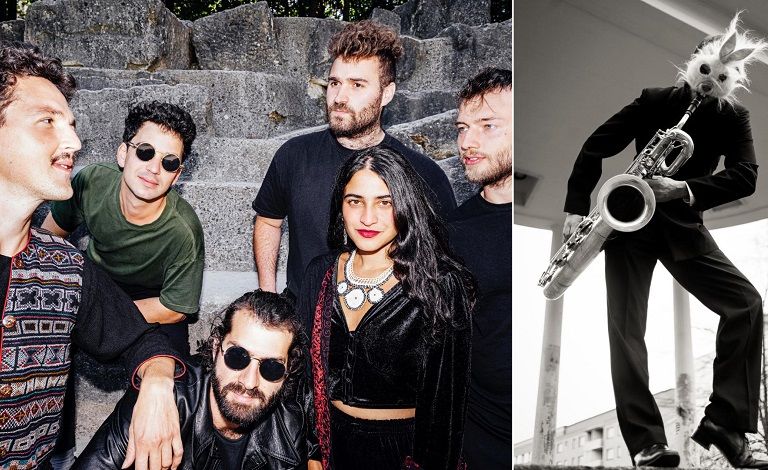 Born from the meeting between the franco-Syrian singer Climène Zarkan and the guitarist Baptiste Ferrandis, SARĀB — mirage in Arabic — is a musical building that combines rock, contemporary jazz and arab traditional music which plays on borders and genres. The duo quickly turned into a six-headed creature, where each became indispensable to musical creation. Robinson Khoury’s trombone links with the voice, and navigates between the Eastern and European scales, between ornamentation and a personal technique. It is with the trombone and the song that we find the horizontality of the Arab music, upset by the rich harmonic verticality of the guitar and the piano. SARĀB is one of the most popular Band on the Parisian jazz scene.

Utopianisti wanders the paths of jazz-rock, progressive rock, and avant-garde. Lead by multi-instrumentalist and composer Markus Pajakkala, the band has released five records and performed extensively in Finland and abroad. At G Livelab Tampere the band presents its new afro - jazz-rock / funk concept for the first time!

If the event is not sold out, there will be student tickets available at the door for 15 € each (student tickets not sold online) before the show starts. Please show your student card when purchasing student tickets. The concert has no age limit. Children under school age can enter gigs free of charge.