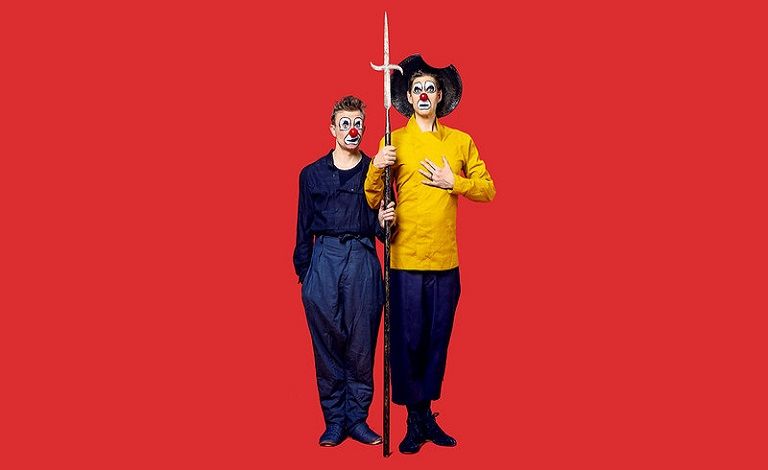 Red Nose Company presents Don Quixote – the mother of all road trips. Actors Timo Ruuskanen and Tuukka Vasama have been working together as a clown duo since 2012. After years on tour, it was inevitable to let their clowns Mike & Zin become Don Quixote and Sancho Panza.

For centuries the adventures of Don Quixote have been in the very heart of European culture. The themes of the play – friendship, idealism, multi-cultural issues – seem to become more and more relevant in the world we live and love in.

Don Quixote has been directed by Otso Kautto. Kautto is a Helsinki-based writer, an awarded theatre director and performing poet. In 2018 Kautto was elected director of TTT Theatre in Tampere, which is one of the three national main theatres in the country. He has directed both in big theatres as well as in small theatre groups, mostly at Theatre Quo Vadis and the Finnish National Theatre. He performs his poetry in the Poetry Band and is doing his PhD studies at the Theatre Academy where his research topic is sense of ritual.

True virtuosity – the actors have the ability to be completely present and to juggle impulses. –Etelä-Suomen Sanomat newspaper

The show is in english


Doors 1 h before the show.