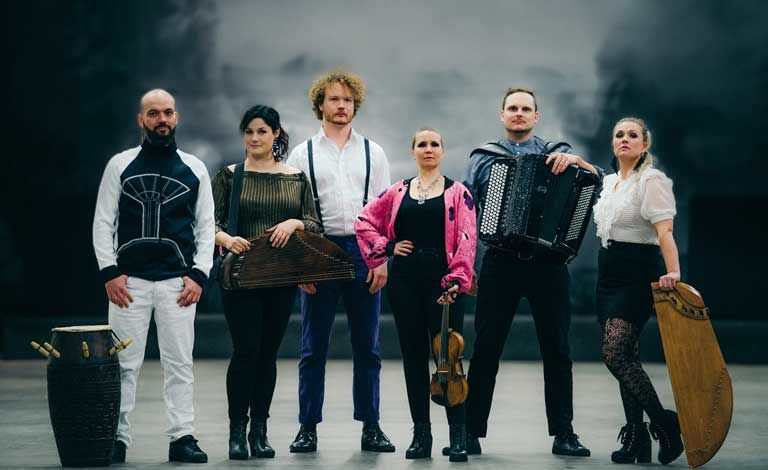 The themes of the new album are change, growth and opposites. The songs deal with global and social issues such as war, pandemics and mental health. Compared to their previous albums, the lyrics on Itku are more dominantly self-penned while the centuries-old texts of traditional runo singing still serve as an inspiration. At the release concert in November, the new material will be heard for the first time by a live audience. On stage, the band will paint a breathtaking picture of a world of shadows and light.

The two previous albums Turmio (2015, Nordic Notes) and Ääneni yli vesien (2018, Nordic Notes) were successes among critics, audiences and on charts around the world. The group has performed on prominent festivals such as the Rainforest World Music Festival in Malaysia, Celtic Connections in Scotland and Flow Festival in Helsinki and played and toured in Scandinavia, Estonia, Germany, Belgium, the UK and Hong Kong. During the next couple of years, the group will be heading for the United States for a series of tours each covering multiple states.

Under 18-year-old music lovers are welcome to G Livelab Tampere shows with an adult. Children under school age can enter gigs free of charge.