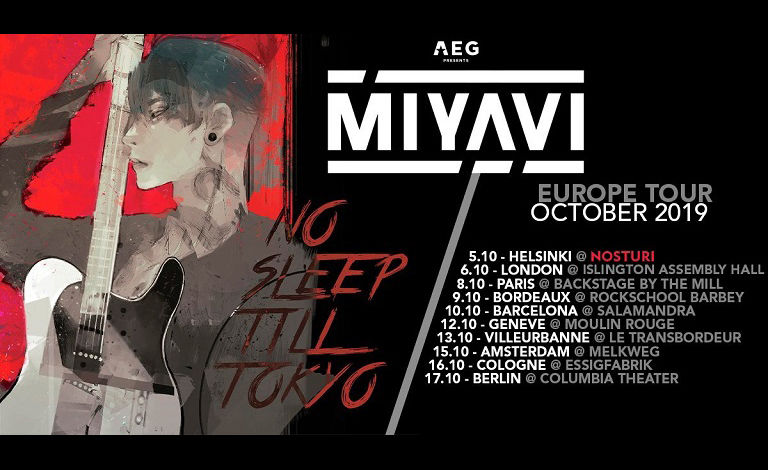 MIYAVI is Japanese musician, actor, and philanthropist, bridging cultures across the globe with his music and message. His unique style of guitar playing has taken him on 7 world tours in over 30 countries. Fans refer to MIYAVI as the "Samurai Guitarist."

In 2014, Miyavi appeared in the motion picture Unbroken, directed by Angelina Jolie and went on to undertake smaller roles in American productions such as Kong: Skull Island and Stray. Since 2013, Miyavi has been a volunteer at UNHCR, visiting refugee camps around the world.In November 2017, he was appointed an official Goodwill Ambassador.

In 2019, Miyavi will release his new album on july the 24th named NO SLEEP TILL TOKYO.