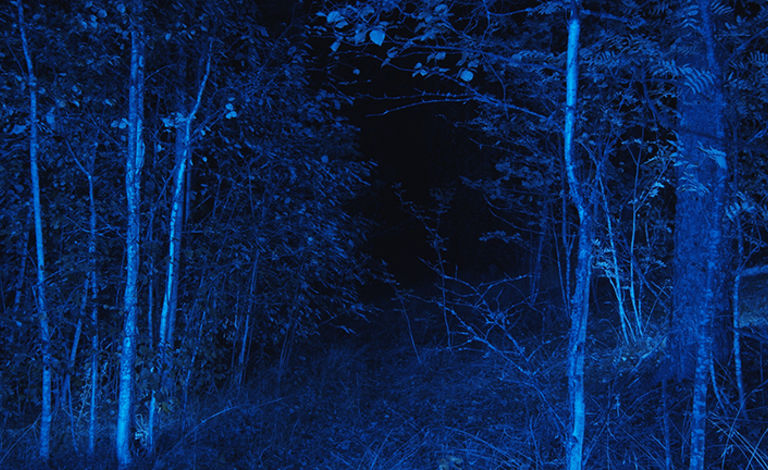 BS/BF is a fantasy forest and an alternate reality in the form of a dance performance. It is made of dancing, hypnotic music and the colour blue. [ING]

BS/BF is an environment where lights, sounds and dances with no clear place outside of the performance, blend into a mutually unraveling logic.

The initial inspiration for the work has been a photo book BLÅ SKOG/BLUE FOREST (self-published, 2009) by artist Morten Andersen. The book offers a rich imaginary environment, completely different and indifferent to the city surrounding the reader. As a performance BS/BF is alike, both the book and the dance performance function as portals to something different and changing.

Theatre, Modern dance, Domestic artists, Dance
By purchasing a ticket to an event, the customer complies with showing a valid COVID-19 Certificate if the Authorities, Event Organiser or other party require it to allow the customer to take part in the event. Please visit our T&C's for more information: https://www.tiketti.fi/en/info/deliveryterms
Zodiak - Uuden tanssin keskus, Zodiak Stage, V-ovi, Kaapelitehdas
Tallberginkatu 1, 00180, Helsinki
X