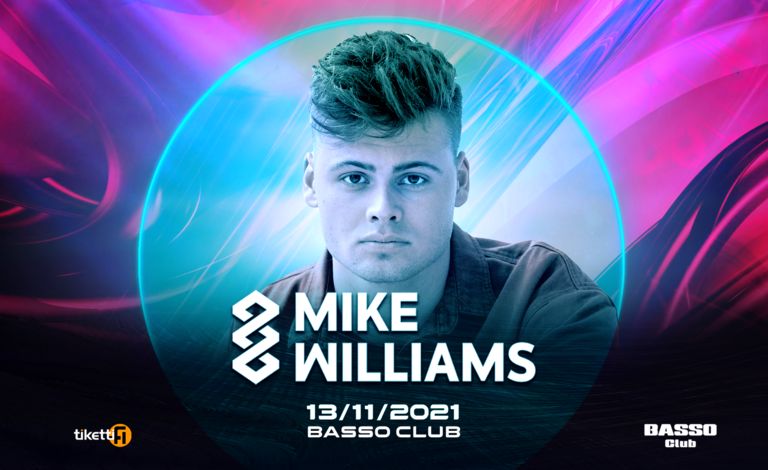 
When Mike Williams was only 4 years old, playing the piano for the first time, his family already knew it would be the start of a big career in music. He bought his first DJ gear from his savings when he was twelve and from that moment on you could always find Mike behind the decks. The foundation was built for his unique style, his recognizable melodic sounds and it still forms the base of his music today.His breakthrough came in 2017 as his hit ‘Feel Good’, a collab with non-other than Felix Jaehn, went sky high on radio, in playlists and streams. While writing this bio, it has 147 mln streams on Spotify. Mike released club banger ‘Lullaby’ with R3hab (181 mln streams) not long after his first success. ‘The Beat’ (65 mln) and ‘Wait Another Day’ with Mesto (75 mln) followed and turned into huge hits as well.Piece by piece Mike is conquering the world with his incredible melodies, club bangers and catchy radio hits. For every new song that Mike begins, the piano is the solid start and base. Because of that recognizable style and sound he creates, he got to play at the most famous festivals like; ULTRA, Tomorrowland, Parookaville, World Club Dome and Mysteryland (a.o). Even during the pandemic, Mike always finds himself behind his decks, he flies around the world and does tours in Taiwan, Nepal, China, but he also does not skip Europe such as Croatia, Switzerland and many other countries.When he’s back home from touring through the US, Canada, Asia and Europe (a.o), you can find the down to earth Dutchie in his studio in Hilversum. But even on tour, he always finds a way to dive into the studio, it being a day off or during a writing session in Ibiza, Stockholm or London for example.Because he’s such a dedicated and ambitious artist/ producer, the biggest names in the industry such as Tiësto, Hardwell and R3hab (to name a few), love to work with him and a lot of masterpieces have already been created.To give his fans and fellow producers a glimpse of his days in the studio, Mike releases a YouTube video every month; In the Studio with Mike Williams. In it he shares his best tips and tricks step by step. Mike doesn't just show off his skills behind the piano and the decks, he also knows how to impress viewers with his culinary prowess in his YouTube and TikTok series; Mike Grilliams. Which he has also turned into a real concept, which the public can taste at various events.For more insight in his taste in music, you can check out his weekly radio show: ‘Mike Williams On Track’, uploaded on Spotify, Apple Music, Soundcloud and YouTube.His hard work, huge talent, down to earth attitude, dedicated ambition and drive, make Mike Williams the biggest player among artists at this very moment, as well as the biggest promise of the future.