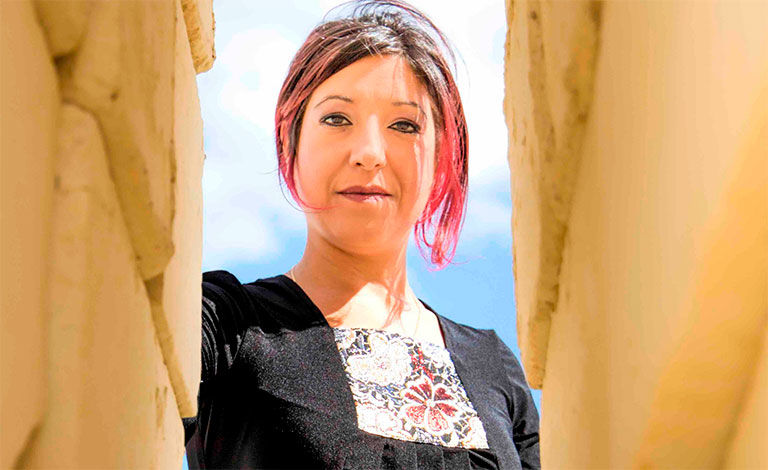 Maria Mazzotta's unique versatility is what makes her one of the most important voices of the music scene in the Apulia region of Italy and, more generally, of world music towards which she has an extremely respectful approach, backed by meticulous research into vocal characteristics of the area which highly differentiate the various cultures found within it. She moves in a natural, seamless way from the sounds of Southern Italy to the inflections of balkan music, and captivates the audience with her sincere interpretation as she carries them along while immersing them into the cultures of the songs interpreted.

From 2000 to 2015, Mazzotta was part of Canzoniere Grecanico Salentino; a band she recorded 6 albums with, participating in some of the most important international world music festivals.

She started looking towards the east and got passionate about balkan music and, at just age 21, began her musical research through various Eastern musicians of different nationalities (Greeks, Albanians, people from Macedonia and Croatia, Romanians, and Bulgarians and Gypsies whom she met during her numerous concerts).

Since 2013, she has been working as a singer with the dance company of Miguel Angel Berna, performing the shows “Mediterraneo”, “La jota e la taranta”, “Cardia” and “Dos Tierras” in various theaters around the world.

At G Livelab Mazzotta will be accompanied by virtuoso accordionist Antonino de Luca.