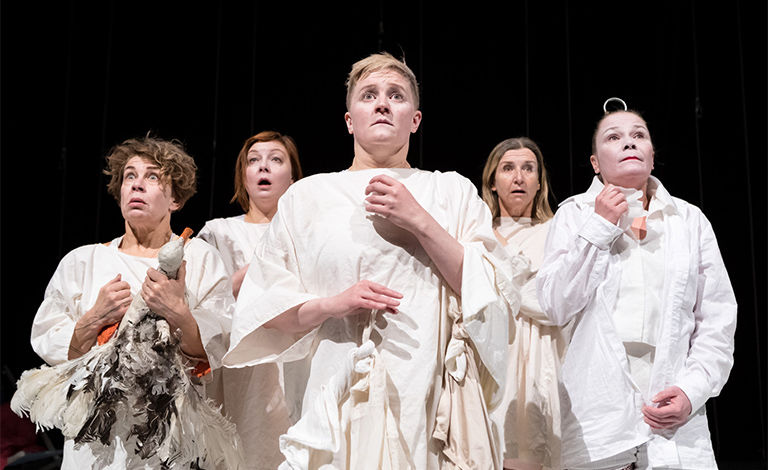 ​Inspired by Anna Kortelainen's book Restless Woman - The Cultural History of Hysteria and its descriptions of hypnosis shows and the phenomena around the hysteria patients in the Late 19th Century.​

Directed by Pirjo Yli-Maunula and created in collaboration with the entire working group, the work moves at the interfaces of different art fields. The multidisciplinary team consists of artists from clowning, dance, corporeal mime, music and visual arts.

The audience is taken to the interface of absurd scenes from the everyday life of the sanatorium, and the repetitive days of alike. The movingly heroic and tenacious characters, their dreams, hopes, resentments, and efforts of power, become shameless and sensual, perhaps redefining beauty as well.


Doors 1 h before the show.

Cards entitling to discounts are checked at the door.

Theatre, Circus, Foreign artists
If Covid-19 related Event or Restaurant restrictions are in place during the event, a Covid-19 certificate may be requested at the event. Please visit our T&C's for more information: https://www.tiketti.fi/en/info/deliveryterms
Cirko - Uuden Sirkuksen Keskus
Kaasutehtaankatu 1 (rak. 8), 00540, Helsinki
X