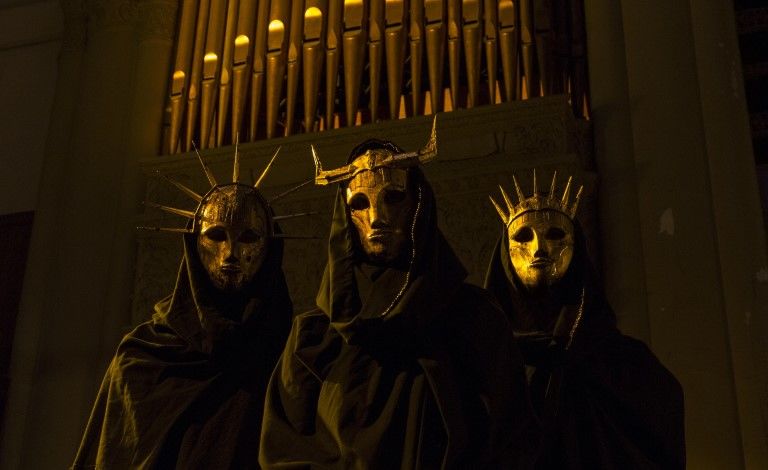 Imperial Triumphant was formed in 2005 by Zachary Ilya Ezrin in New York City.

Imperial Triumphant's second album, Abyssal Gods, was released in March 2015. Described by No Clean Singing's Austin Weber, "Abyssal Gods, is overall a thoroughly vicious act of blasphemy packed with more memorable moments than many bands accumulate in a lifetime of albums". Commenting on the band's effort to date as a whole, Weber stated "Imperial Triumphant are not only one of the most important U.S. black metal acts currently active, truly carving their own stylistic path, but they are also important to the future of black metal."

Following the second album, in March 2016, Imperial Triumphant released Inceste. A review in Decibel magazine commented that "Imperial Triumphant obviously have no use for the genre game... Inceste continues to warp expectations".

Following the release of the studio album Vile Luxury, Imperial Triumphant embarked on their first European tour in April 2019, including a show at Roadburn Festival. This was followed by further European dates in November 2019, including headlining the 'Cult Never Dies Stage' at Damnation Festival in Leeds, UK.

In October 2019, it was announced that Imperial Triumphant had signed to Century Media Records and plan to release new material in 2020.[6] Subsequent Instagram posts from the band confirmed they had begun tracking at Colin Marston's Menegroth Studios in New York on 10 December 2019.

Imperial Triumphant were one of the many bands whose touring plans were affected by the COVID-19 pandemic, postponing the 'Devastation on the Nation' tour until 2021.

In April 2020, Imperial Triumphant announced via Instagram that the new album would be entitled Alphaville and would be released 21 July 2020. Alongside this announcement a documentary video was released via Metal Injection detailing behind-the-scenes work on Alphaville and guest musicians who had collaborated, amongst them Tomas Haake of Meshuggah, longtime collaborator Colin Marston, and Trey Spruance of Mr. Bungle.Metal Hammer named Alphaville as the 10th best metal album of 2020.

Imperial Triumphant's musical style has changed since formation in 2005 to encompass musical and lyrical influence from their home city of New York. Commenting on the release of Vile Luxury in 2018, Ezrin described the record as "our most refined and metropolitan release to date", commenting further that the band had taken "the New York City influence that shaped the world, embraced the aspect of our sonic pyramid that at its core comes from jazz, and applied it to black metal".