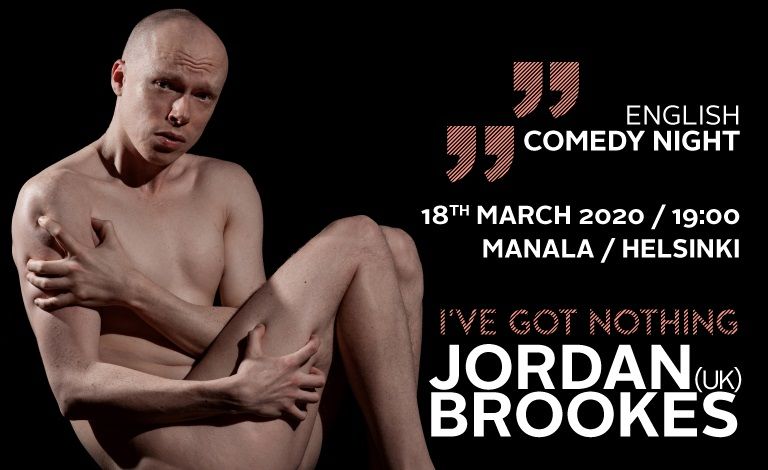 Comedy Finland is proud to present JORDAN BROOKES, the Dave's Edinburgh Comedy Award Winner of 2019. That makes him the best newcommer at the biggest comedy festival in the world. He has jokes. Really good jokes.

About Jordan on Jordan:

"No tricks. No gimmicks. No plan. Just an hour in my company as we reach the end. Things will be over soon. We're nearly there everyone! Great work. But before we go, I'm making one last attempt to find connection in the here and now, to snuffle out any remaining joy in this rapidly crumbling world, before it's too late."

What the Press Say about Jordan:

4 stars - "I've Got Nothing delivers one of the comic coups of this year's fringe."

4 stars - "masterful in his ability to hold the audience's attention... king of the double bluff"

4 stars - "It takes great skill to make an hour look this random, and yet keep hitting laughter buttons with precision"

Openers by the Comedy Finland crew


The event is presented entirely in English.

Recommended age is 16+ but we don't check your documents