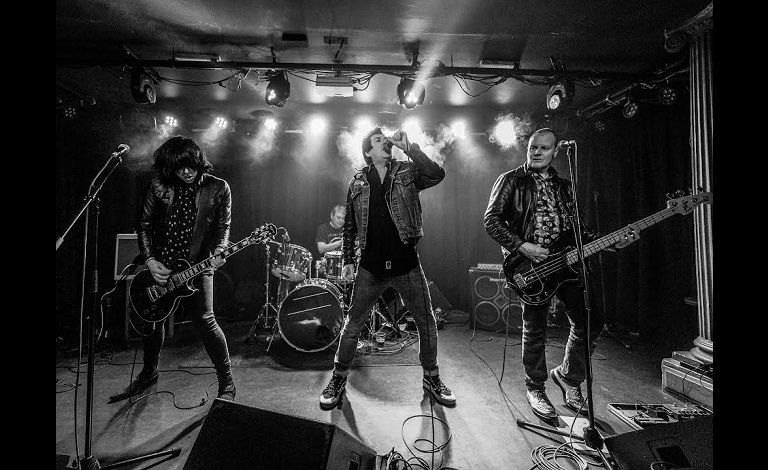 Desperate Measures formed in Christchurch, New Zealand in 1981. It was a violent city, and a violent time, but the city had a thriving music scene and DM's quickly found a following with their punk and post punk sound influenced by the likes of the Stooges and Killing Joke. Highlights for the band in their brief existence down under were playing the after-show party for the Clash where Joe Strummer and Paul Simonon met the band, and playing New Zealand’s most famous punk festival, 'Golden Showers' in Wellington.

Desperate Measures released one sought after 7inch, the ‘1984’ E.P that now sells for upwards of $100 and a live album before splitting in 1983, when singer Eugene Butcher moved to the U.K. After a couple of well received reformation shows back home in New Zealand supporting the U.K Subs and Peter and the Test Tube Babies in 2009 and 2010, fast forward, and 40 years after they formed, a new line-up featuring sole original member, Eugene Butcher, have been fully active on the UK music scene, sharing stages with the likes of U.K. Subs, The Pack, Cockney Rejects, Subhumans, Nashville Pussy, alongside appearances at festivals such as Rebellion, Camden Rocks and HRH Punk.

Desperate Measures have a new hard hitting sound taking in influences from Iggy & the Stooges, the Sex Pistols, the Cult and Lords of the New Church and gigs and a U.K tour lined up for October and beyond. They have just released their new single ‘Thinking Of England’ which was playlisted on Amazing Radio and Total Rock Radio.


Garderobe fee of 3 € will be charged at the entrance.