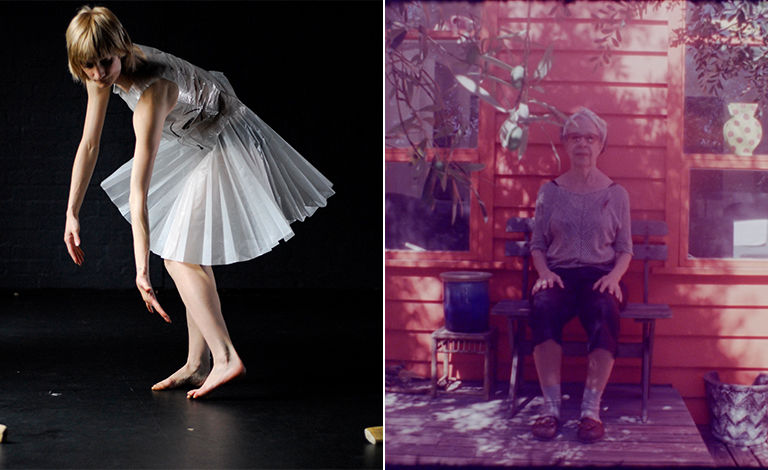 At the end of August, Zodiak Stage will feature a double-bill consisting of choreographer-dancer Vera Nevanlinna's new interpretation of Deborah Hay's solo choreography News, and a new intimate film about Deborah Hay, by Peter Humble and David Young.

Vera Nevanlinna's solo performance News is based on Deborah Hay's choreographic script that incorporates conceptual, motional, spatial and aural instructions how to stage the performance.

Nevanlinna has adapted Hay's choreographic foundations into a solo, creating with her workgroup a whole where the constituents - choreography, costumes, sound and lighting - are present as equally valuable components.

News premiered in April 2007, and it now returns to Zodiak as a new interpretation. Nevanlinna has worked in the years between in several Deborah Hay's international productions.

Nevanlinna's extensive collaboration with Hay has deepened, extended and changed her understanding and knowledge of Hay's choreographic thinking. It is this experience that Nevanlinna puts to play in her reinterpretation of News.

Filmed in Australia on expired 16mm colour film and hand processed black-and-white, this poetic short film follows the iconic American choreographer, Deborah Hay, as she reflects on life, death and her work as an artist and human being. In January 2019, Deborah spent a week at the Australian coastal township of Indented Head to visit the home of her close friend and colleague, Margaret Cameron. Margaret, a theatre maker and poet, died of cancer a few years earlier.